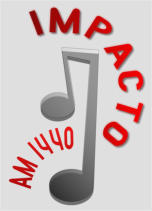 Radio Impacto 1440 was a long wanted Argentinian for me. The station was first heard in Finland in late July, 2009 by Jim Solatie and my catch is probably the second one. Jari Ruohomäki also heard R Impacto in fall 2015. I heard R Impacto on February 20,2015 in Lemmenjoki  during rather mediocre cx towards the La Plata region of South America giving an id as “Através de Radio Impacto 1440 AM”. Today I finally got a short FB message confirming my report and mp3. Much appreciated.

With stations such as R Maldonado, Montevideo and LT11 R General Francisco Ramírez normally dominating 1560 during openings towards the La Plata region, it was nice to log R Antena, Lobos, Provincia de Buenos Aires here during LEM357 in late October 2015. The probably first logging of R Antena was done during LEM332 by Hannu Tikkanen and Håkan Sundman in October 2013. After several tries I finally got a nice email confirmation from Diego Cesár, Director. Gracias Diego!