R La Luna has been on my “most wanted list” for a couple of years. Jari Ruohomäki (JPR) heard the station in Lemmenjoki in early March 2015. I heard La Luna during LEM367 on February 15, 2016 with a TOH-id ” Transmíte R La Luna AM 1140, R La Luna – tu radio Amiga”. I rapidly received a nice FB message from the Director of the station. Now I have emptied this frequency from Argentinians. I heard R Tandil already in 1976, then on 1300, and R Guaraní, San Justo BA in 2006.

Arnstein Bue, one of the most active DX-ers in the Nordic Countries died after a long battle with a serious illness on May 9, 2016.  Arnstein’s special DX-interest was North American and Latin American AM radio stations. During his DX-career, that spanned for 43 years (1973-2016) he received more than 1800 verifications from North American radio stations and from more than 1000 stations in Latin America.

Our thoughts go to his wife Heidi and their two sons. Sleep in peace Arnstein!

XEEST has been heard several times in Lemmenjoki. My own logging is from October 29, 2011. I finally got a confirmation on my reception thanks to v/s info provided by Håkan Sundman (HS). Thanks Håkan! 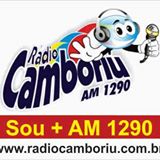 Rádio Camboriú was heard during LEM367 on February 13, 2016 with a TOH-id aroun d 23 UTC. A FB message confirmed my reception. The first logging in Finland of this station was made by Mika Mäkerläinen and Jim Solatie in early March 2010 during their LEM291-pedition in Lemmenjoki.