Radio Luz del Tiempo has been heard during the latter part of April several times by a handful of listeners. In Finland, the station was logged by at least Jyrki Hytönen (JHY), Pekka Hakala (PEH and Jan-Erik Österholm (JEÖ) on April 25 and 26, respectively. The station was also received in Latvia and Sweden. The station QTH is El Alto, which is the second largest city in the department of La Paz, Bolivia. Once merely a suburb to La Paz, El Alto is today one of Bolivia’s fastest-growing urban centers. Located some 4000 meters above sea level, the city has a population approaching one million. The El Alto airport is the highest international airport in the world. Recently, an aerial cable car system was inaugurated connectiing the capital La Paz with cliff-edged El Alto, 500 meters on top of La Paz. http://en.wikipedia.org/wiki/Mi_Telef%C3%A9rico Daniel Tola, one of the station’s studio operators, verifies reception reports. He can be reached on Facebook or by email fuerte_for@hotmail.com. Anyone contacting the station now may want to congratulate the station on its upcoming 17th anniversary to be celebrated on May 9! Thanks to Henrik Klemetz (HK) for identifying the station and sharing his contacts with the station. HK continues: “Radio Luz del Tiempo celebrates it’s 17th anniverary on May 9. Until 2004, the station was known as R Nueva Esperanza, transmitting on 1520 and on shortwave on 6895 kHz. The station is owned by the Seventh-day Adventist Church and cooperated at least earlier with Radio Altiplano Advenir 820 in downtown La Paz. La Voz del Altiplano could be heard in Scandinavia during the 60’s and 70’s on it’s 60 m.b. frequency 5045. “Radio Luz del Tiempo’s transmitter is located in Villa Ingenio at 4235 meters above sea level, and they are using a 49 meter high antenna tower. The transmitter power is approx. 2 kW. Transmissions start early in the morning local time and ends around 02 UTC and programs are in Aymara and Spanish. The station has been heard in the Nordic countries every now and then during the past five years but only during early fall and late spring. The first QSL to the Nordic countries was received in 2010 by Torolf Johnsson (TJ) in Sweden”. “Radio Luz del Tiempo has no internet connection of their own (internet is still rare in Bolivia) and so emails to the station are downloaded in cyber cafés located nearby. The station director is Juan Marca Marca and the station technician and operator Daniel Tola who has been kind to confirm our reception reports”. A big thank you to HK for this info, y mil gracias por su confirmación Daniel, y al mismo tiempo nuestra felicitación por el aniversario de la radio!!!

Posted by JEÖ in Bolivia 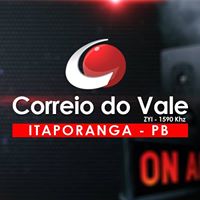 Rádio Correio do Vale, Itaporanga, PB has emerged as one of this frequencies most common Brazilian during the last couples of years. Lying a little bit below the nominal frequency. A nice confirmation was received on my February 25, 2015 report and a lengthy conversation with the station followed. According to them, they also own the PB-stations R Educadora on 710 and R Difusora Cajazeiras on 1070, the latter of which has been heard a handful times here in Finland. R Restauracão, Caruarú, PE is this frequencies other “common” Brazilian nowadays.

R Cultura, Alfenas MG was heard during LEM354 on 1180 in a crowd of Brazilian stations on February 25, 2015. Surprisingly, the usual dominant R Mundial, Rio was almost absent and gave place for many interesting signals. In addition to Cultura also, e.g., R Guri, Lages, SC was noted a couple of minutes after. R Cultura was heard a couple of times already in the mid 90’s on it’s former frequency 1570. The first logging in Finland was made by Jarmo Havukunnas (JHU) in spring 1995. A nice FB message confirmed my recent report. 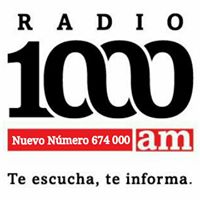 On February 25 a good opening towards Paraguay was noted in Lemmenjoki. Several stations were heard such as Uno 650, tentatively Caritas 680, La Unión R800, Monumental 1080, La Deportiva 1020 and R Libre 1200 in addition to Radio Mil on 1000! This frequency has a definite dominant in the form of R Record, São Paulo which makes hearing of stations from the southern parts of South America difficult. In addition to Radio Mil at least the following stations have been heard once or a couple of times in Finland: Argentinians Del Iberá, Sintonía and Rio Negro as well as BBN R in Santiago, Chile. Yesterday I received a confirmation on my mp3 to R Mil.

R Difusora, Ituiutaba, MG has lately surprisingly often surfaced on “the golden frequency” 1470. Today I received a confirmation on two reports to the station, one from LEM345 in October 2014 and one from LEM354 in February 2015. This became my QSL # 35 from Central and South American stations transmitting on 1470! R Difusora was probably heard for the first time in Finland by Pertti Äyräs on October 15, 2014. It is rather surprising that this station has surfaced during the last half year here in the north after having been transmitting on 1470 since 1959! Something has happened with their transmitter site and/or pattern? When I heard it in February it wast the strongest of the Brazilians simultaneously on the frequency. The other identified were R Papacaca, Bom Conselho, PE and R Rural de Parelhas, RN. Other more or less common Brazilians in the Nordic countries are, e.g., R Guanacés de Itapajé CE and R Record, São José, SC.

ZYK358 Rádio Metrópole, Cachoeirinha, RS is nowadays together with Emissora ABC, SP the most common Brazilian on 1570, a frequency  which has been and still is, a very good Brazil frequency here in the Nordic countries. Mertrópole has been logged in Lemmenjoki many times since Pertti Äyräs and myself heard it during LEM317 in February 2012. After several attempts I finally received a confirmation (via FB)  on my report taken during LEM354 in February 2015. All in all 26 Brazilians are listed on 1570 of which some 15 have been logged in Finland!

This for me most wanted PRG station was heard during LEM354 on February 25 with a good signal and without interference from the normally dominating MEC in Rio de Janeiro. During the more than an hour the station was heard the program consisted both of music and of football. The station identified itself as “Radio La Unión R800 amplitud modulada”. A nice FB message confirmed my reception. This became my verified PRG station # 20!

After many months I surprisingly got a short message via Facebook thanking for my reports on RPP Chiclayo 870, RPP Pilcamayo 1140.250 and RRP Tumbes 1290. Chiclayo and Tumbes were logged in Lemmenjoki, Pilcamayo in my home QTH in Borgå.

R Novo Tempo came in with astonishing signal as the lone station on 1080 on February 20 at 06 UTC during LEM 354 with no interference from , e.g., European stations! The station has been heard at least once before in Finland in Lemmenjoki by Jim Solatie and Jari Ruohomäki a couple of years ago. Steve Miranda – Secretário confirmed my reception by a short email.

Rádio Mais was heard during a good opening towards the southern states of Brazil on February 22, 2015. The station has been heard in the Nordic region every now and then but is definitely not the dominant SA on this frequency. R Rural, Porto Alegre is the QRG’s definite dominant and also R Tupinambá, Sobral, CE is a more frequently logged station here. In addition both Argentinian Emisora Santiago y Copla and La Deportiva, Lambaré, Paraguay have been logged several times during the last year. I received a short confirmation via Facebook. Thanks for the hint Gert Nilsson!