A surprising X-mas present received a couple of hours ago in the form of a confirmation via Facebook on my reception of Sim Tupi 1590 in February 2012. At that time 1590 was totally dominated by this and R Restauracã0, Caruarú, PE. Under previous years, 1590 has not been a good frequency due to the DRM transmitter that used to be on on 1593. Fortunately this is now gone and the frequency is wide open for a variety of possibilities for new and nice catches.

KVSI in Montpelier, Idaho 1450 was logged in Lemmenjoki last October. This was a nice logging for me personally, because I visited the station in 2009 when Heidi and I and our friends made a trip from Seattle to Montana, Idaho, Wyoming and Utah. KVSI faded up just in time for their TOH ID “14-50 KVSI Montpelier, The Voice of Southeastern Idaho”. Keith Martindale kindly confirmed my reception. Thanks Keith and Happy Holidays!

Posted by JEÖ in Brazil

During a pedition to Lemmenjoki in 2009 I noticed a peculiar format on 1170 together with KJOC Davenport IA. This turned out to be the quite rare KLOK in San Jose, CA with an ethnic format an identifying itself as Radio Desi. I had the luck to catch an English language local promo ending with “…desisuperdrive@klok1170.com”. KLOK’s pattern is not very favorable towards the north and thus Scandinavia, and maybe that’s why the station, with it’s at that time Spanish format, was heard regularly in Santa Barbara, CA where I lived between 1990-1993.

After many attempts to get a confirmation on my 2009 reception I recently received two separate kind confirmations from Brad Benhke and from Nate Guevara. Brad and Nate, I appreciate your confirmations very much indeed!

Last October I had the pleasure of hearing a crystal clear TOH ID from KGFW as “13-40 KGFW Kearney” before going into Fox News. This was my second NE-station on 1340 (KSID heard earlier) so now its only KHUB Freemont left to catch from NE on 1340.

Mark Reid, Operations Mgr on KGFW, writes: “Yes that is KGFW 1340-AM Kearney Nebraska, a 1,000 Watt Powerhouse. What you heard was our top of the hour ID into Fox News. Over the years we have received letters and e-mails from people in parts of Norway, Sweden and now Finland who have heard KGFW. We often joke that we wish our ratings service would send diaries to northern Europe as we have listeners there. It is amazing to me that this small station with not much power can bounce enough along the atmosphere and be heard in Finland. Thank you for the information and regards from Central Nebraska”. Thanks Mark for your confirmation! 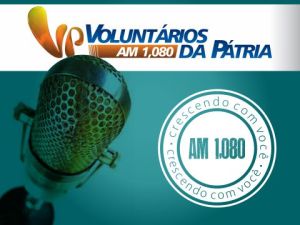 R Voluntários da Pátria is situated in the western part of Pernambuco in the city of Ouricuri with a population of ca. 70.000 inhabitants. R Voluntários has been heard every now and then on 1540 AM. I have logged the station both in Borgå and in Lemmenjoki. The frequency holds a number of Brazilians frequently heard in Finland such as Nova Difusora, Osasco, SP; BaixaVerde, Joao Cámara, RN; and R Sant’Ana, Tianguá, CE.

I have reported Voluntário several times, but it was not until I got a fresh v/s from Jari Ruohomäki that a confirmation of my audio file was confirmed. Thanks a lot Jari!

WBLT was logged in Lemmenjoki last October. 1350 turns out to be a very good frequency indeed when cx are not towards the Mountains, when KRNT is usually dominating. WBLT was heard with a “double” ID for WGMN Roanoke 1240 and WBTL 1350.

Thank you for contacting us! I’ve listened to the audio file you provided and that is definitely our ID! I’m glad you were able to pick us up.
Thanks again!
Ashley

Definitely one of my best loggings from Ecuador was made on May 22, 2005 around 0130 UTC, just at sunrise in Finland, in the form of HCJA5 La Voz del Rio Tarqui, Cuenca. It is well known that late May and early June can be very good times for receptions especially towards Bolivia, but also towards Perú and Ecuador.

My logging of La Voz del Rio Tarqui on 1290 maybe unique in Europe, but the stations has been logged occasionally earlier on the short wave bands. The probably first logging of the station in Finland was done by Timo Kajamaa in 1971 on 3395 in the 90 m.b. Jari Korhonen heard the station on the new frequency of 3286 in 1983 and the station was logged by several Scandinavian DX-ers on this frequency up to 1992 when it left the short wave bands. La Voz del Rio Tarqui was established in 1960 by Don Manuel Pulla.

For me it turned out to be a long journey towards a confirmation of my AM report. Not surprisingly, the Master in accomplishing this was Henrik Klemetz (HK). Henrik had several contacts during September and October this year, both by phone and by emails, with the station’s Gerente General Rosa Maria Pulla, who also phoned Henrik at least once via Skype. All in all without Henrik’s determined help I would never have got a verification from La Voz del Rio Tarqui.

Thanks Henrik and I hope to see Josefina, Ida Sofia and yourself in Borgå in January!

WWWL New Orleans 1350 is a sister station to the commonly heard Clear Channel station WWL 870. WWWL is a talk radio outlet based in New Orleans LA, historically with the call letters WSMB. This Entercom station is an ESPN affiliate. WWWL broadcasts at 1350 kHz with 5 kW power – Unlimited time [up to 24-hrs. per day].

The station’s studios adjacent to the Louisiana Superdome were destroyed in August 2005 by Hurricane Katarina. Its frequency, as well as all other operational Entercom and Clear Channel frequencies, was used to simulcast the programing produced by the United Radio Broadcasters of New Orleans with the staff of sister station WWL. Normal programming was resumed on December 19, 2005On June 30, 2008, WWWL became a full time ESPN radio affiliate.

WWWL was heard in Lemmenjoki in October 2011 with a rather good signal giving a simple “WWWL New Orleans” TOH id. Recently I received a short confirmation from the station’s Sales Director Pat Galloway. Thanks Paul! WWWL became my LA QSL # 12.

Last October KVBR came through on 1340 with a TOH+ID as AM 13-40 KVBR Brainerds Business Radio. Mark Persons kindly verified my reception. Thanks Mark.