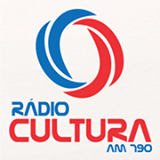 This frequency is a difficult one for Brazilian loggings, mainly due to the presence of R Mitre in Buenos Aires but also because most of the stations here carry rather low powers to be on the lower part of the AM band. Rádio Cultura, Guarariba was heard during the LE307 pedition on October 26, 2011. Simultaneously Rádio Rural also in Guarariba was heard on 850!