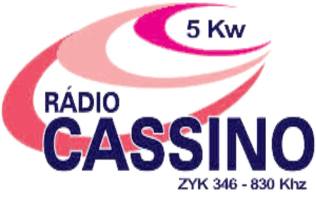 This frequency is an interesting indeed for fans of Brazil DX. Even though the channel holds many stations only a few have been heard in Finland. The most common is perhaps R Princesa da Serra, Itabaiana, SE followed by Rádio Gerais, Belo Horizonte (former Rádio Cultura). Rádio Cassino in Rio Grande, RS has, however, been heard several times in Lemmenjoki during the last few years. My own logging is from “the super night” February 25, 2015 during LEM354 when it was fading up and down for several hours as the only Brazilian station even though close to 30 stations are listed! My audio mp3 was confirmed by a nice email from Julio Cezar Pedrozo, Diretor Geral.