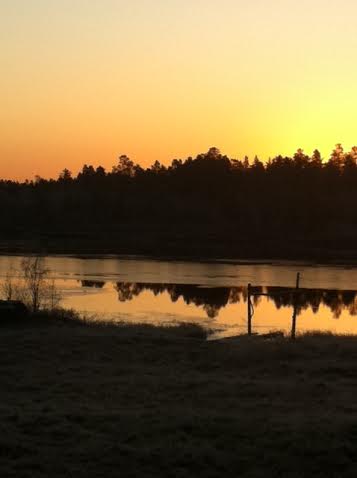 My absence from this site for a couple of weeks is due to the fact that I was spending 11 days in Lemmenjoki hunting for something new. Unfortunately the proton level remained above normal during the whole period which made loggings from North America almost impossible. The cx was constantly pushed down south to the southern parts of Brazil and some La Plata as well. The by far best usable antenna during this period was the 255 beverage. With the exception of a rather good opening towards the Caribbean and Orinoco on November 4 and a nice opening towards Perú on Novemebr 13 on the 280 degree beverage the 255 wire was in constant use recording more southerly stations. Some nice loggings from November 4 can be mentioned: the PR-stations WDNO 960, WOSO 1030 and WLRP. So far identified, for me new peruvians, from the 13.11 opening are Chami R, Otuzco 1140, R Líder Cajamarca 970 and R Moderna, Lima 930.

For more detailed description of what happened during LEM333 and LEM334 look at http://www.tapiokalmi.net/~kn1460/dx/lem/.