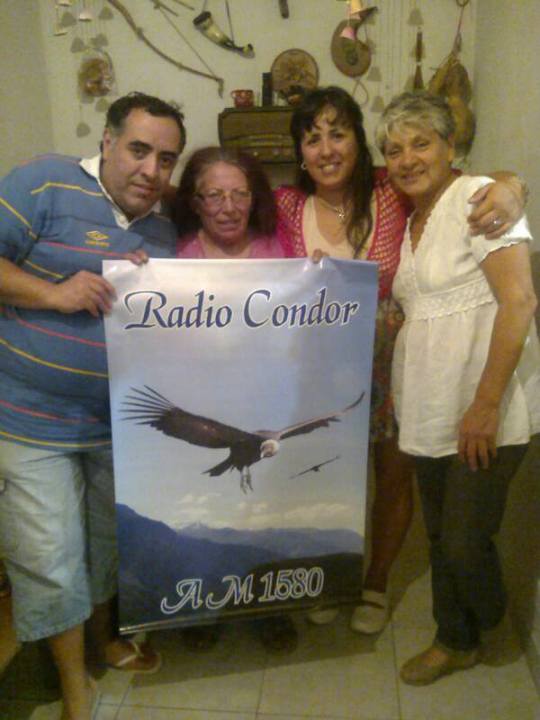 A chocking surprise was heard in Lemmenjoki on November 6, 2013 on 1580: the new Argentinian Radio Condor in Moreno, Partido Moreno, BA. The station started it’s transmission in September 2013. I got an ID that goes like “….25 de Mayo, Partido de Moreno, transmíte La Nueva Radio Condor AM 1580”. I had a hard time to get the station name (sounded like Formula or the like and nothing of such nature could be found). Thanks to Henrik Klemetz the correct identification was obtained. Best of all, I some minutes ago received a very sentimental FB message from Raúl José Díaz on the station who told me he was chocked and immensly surprised over my message and mp3. He also tells that the station is now temporarily silent because  a heavy storm decked their antenna system. Mil gracias Raúl por su respuesta!